It’s the middle of January and that means the Academy Awards are just around the corner.  While I must admit I am not a big fan of watching the awards show, I do love movies and try to see as many of the film nominees as I can before the big night. This year is no exception.

As usual, there is a lot of discussion around diversity, or the lack of it, among the Oscar nominees. Similarly, there is controversy around the nominee snubs – as noted in actress Issa Rae’s comment “Congratulations to those men” that overtly called out the Academy for not including any women in the Best Director category.

While sex and race discrimination remain an obvious issue in the film industry, one could argue that at least older actors are not being left out by screenwriters and when casting directors call for leading and supporting characters. At least that’s true for men when looking at this year’s nominations. Consider: 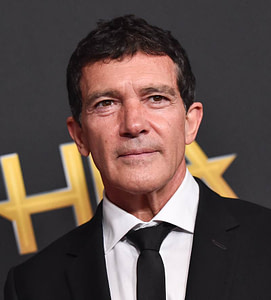 It is clear that Hollywood prefers its female characters to be younger than its men. No surprise there, especially as it is backed by years of research.

More interesting is to see movies targeting younger consumers (still the largest group of movie-goers) casting older characters in many of the leading and supporting roles, particularly in the action genre.  A few names that come to mind are Bruce Willis, Liam Neeson, Pierce Brosnan, Tom Cruise and Keanu Reeves (who just recently became an Active Ager).

On the female side, many of our greatest actresses are Active Agers including Meryl Streep, Michelle Pfeiffer, Frances McDormand and Jamie Lee Curtis.

With domestic box office revenue of approximately $11.4 billion in 2019 (the third highest in history), perhaps the film industry is better understanding and taking advantage of the star power of Active Aging actors and actresses.

Finally, for anyone interested, although I haven’t see all of the nominated movies yet, here are my picks for the top actor/actress awards (along with their age in brackets):

If you’re watching, enjoy the show.  It will be interesting to watch the opportunities the film industry offers to Active Agers (women especially) over the next year.

Rethinking the world of “Senior Living”